What Is The Difference Between Relay And Solenoid?

We are supported by our audience. When you buy through links on our site, we may earn an affiliate commission. Learn more

The difference between Relay and solenoid lies in their applications. A relay is an electrical component that can be used to electrically switch current from one circuit to another, while a solenoid is an electromagnet consisting of a coil of wire wound around an iron core.

To rephrase the difference for better understanding, an electrical relay initiates or stops the electrical current, whereas a solenoid regulates the current. A solenoid is basically an electromagnet, which can be turned on by grounding it. And a relay uses electromagnetic induction the way and purpose mentioned above.

In fine, they are identical in terms of functional ways or principles, but they differ widely in industrial applications. Let's examine the difference between these two electromechanical devices highly popular in the industrial sector.

A relay, an electrically operated switch, controls or isolates circuits. So, relays are ON/OFF devices used for building logical circuits. The main function of relays is to detect transmission or distribution faults and control high-powered circuits with a small signal. The most basic type of Relay has a magnetic core wrapped around a wire coil attached to a spring and one or more sets of contacts.

When an electrical current is applied to an electromechanical device, a magnetic field has produced that opens and closes the coil contacts. The coil's electrical properties depend on the electric current's voltage and frequency and its polarity.

When used to switch voltage, current, or power, this electromechanical device uses a small amount of energy. The devices are widely used in modern appliances, light fixtures, and cars. Relays are now being used in fuse boxes in modern cars. 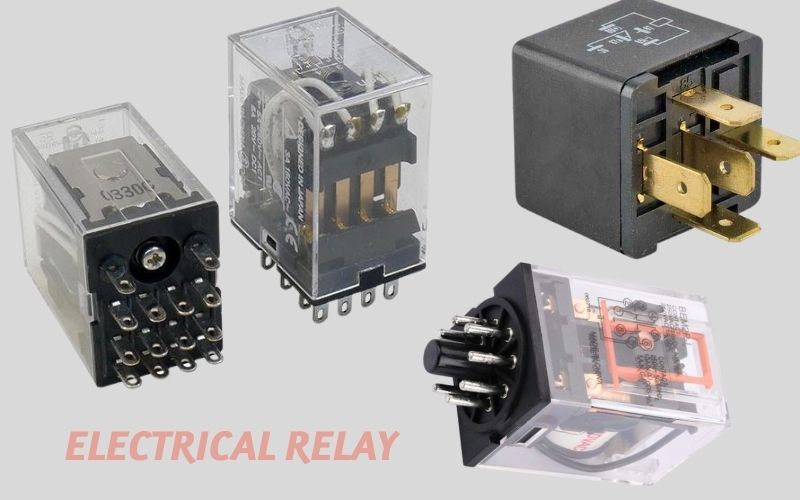 Solenoids are electrically powered devices that use an electromagnet to operate. There are several types of a solenoid, including magnetic and dielectric.

This is a small electrical device with a multi-turn coil of magnet wire and a frame. A solenoid's helix generates a controlled magnetic field and converts electrical energy into mechanical work. 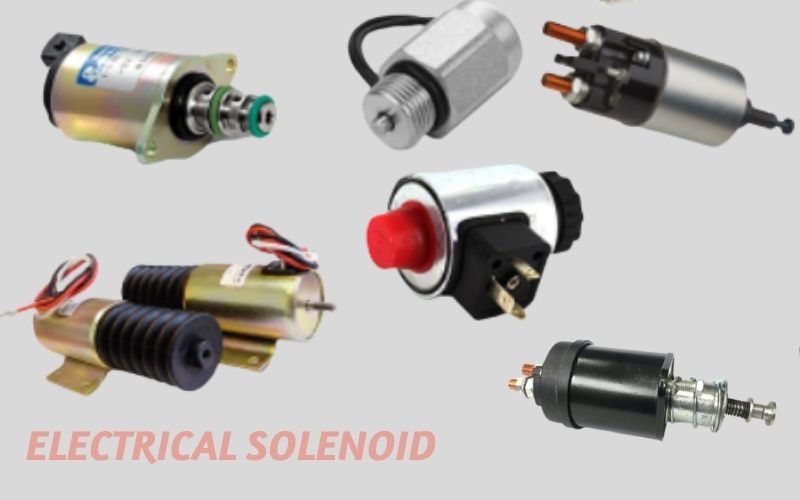 Relays are important electrical devices and vital to understanding how they work and their use. The following are some ways relays can be used in your home and office.

Difference Between A Solenoid and A Relay

A solenoid and a relay are electromechanical devices used to control the flow of electrical energy. While both devices have similar functions, they serve very different purposes. Read on to learn more about the differences between these two common types of electrical switches.

On top of the differences above, industrial applications of Relay and solenoid are diverse. And what is the difference between the two in this regard? The answer lies in how they work.

A relay is an electrical component activated by an input source, such as a switch or sensor. It can actuate one or more separate outputs, making it versatile for many applications. From its initial conception to the more modern versions, the Relay has been used for everything from controlling lights to helping computers. The common application to discuss is an electric switch or circuit breaker. A typical example would be turning on your light when you enter your home in the evening.

On the other hand, Solenoids operate based upon magnetic flux changes that occur when current passes through them. They have less versatility than relays because their output depends solely on the amount of power passing through them. This makes them useful only for specific purposes like opening doors or activating lights.

But a solenoid is an electromagnet and can produce motion without moving parts. This makes them useful for controlling valves, pumps, fans, etc., which would otherwise require mechanical components to do so. Relays have been used since the early 20th century; however, their use has increased dramatically due to advances in technology.

Can Solenoid and Relay Replace/Swap with one another?

As for swapping one with the other, a solenoid can work as a relay as their functional policy is the same, but this would require rewiring and the use of an external power supply. A relay on its own cannot be used as a solenoid because it has no coil (solenoids are coils). So, you need another device that will act as a coil, or else your solenoid won't function properly.

Another shared feature is that both of these devices are used to facilitate electrical circuits and are common in many household appliances such as stoves or microwaves. Despite that, a relay and a solenoid are not the same things.

Do you need a relay for a solenoid?

Is starter solenoid a relay?

A starter solenoid is not a relay that is pretty clear from the debate starter relay vs solenoid. A starter solenoid has the same function as starting the engine of an automobile; however, unlike a relay, it does not require electrical power to function. A starter solenoid uses mechanical energy by engaging an internal mechanism that moves the ignition sidearm to fire the spark plug to start the engine.

What's the difference between a starter relay and a starter solenoid?

Knowing “what is a starter relay?” and “what does a starter relay do?” would help understand the difference even better. However, the two differ in that a starter relay has a vacuum hose to bring power from the manifold to its internal plunger while a starter solenoid doesn't. This means that you can use either type on any car with a manual transmission, but only one will work for cars with automatic transmissions.

Can the solenoid drain the battery?

A solenoid is a metal object activated by the key and used to start the car. The solenoid is often one of the main culprits for draining batteries. If you notice that your battery has been running low after starting the car, it may be because of the solenoid. It's easy to replace and should be replaced as soon as possible if suspected.

What happens if the starter relay goes bad?

A starter relay is a component of an engine that starts an engine bypassing power from the battery to the solenoid and coils, which send a high voltage charge to the ignition system. If this component goes bad, it can lead to issues such as not starting or not running properly. This part will need a replacement for the vehicle to start up again.

Relay and solenoid are two types of electric switches used in electronics. They work differently, but the difference is not significant compared to their functions. Relays offer more than one input contact for each signal to provide a higher current capacity than solenoids. They also offer electrical isolation, allowing for safe operation with AC voltage sources.

It appears as if the difference between solenoid and Relay is that a relay activates with an electric signal, whereas an electromagnet activates a solenoid. However, this distinction can be misleading because both devices use magnetic force to activate them. The only real difference is how they're triggered: A relay requires electricity to operate while a solenoid does not require any power source.

AutomobileNote.com is a participant in the Amazon Services LLC Associates Program, an affiliate advertising program designed to provide a means for sites to earn advertising fees by advertising and linking to Amazon.com. As an Amazon Associate, We earn from qualifying purchases.

Also Find Us On